Ziegler nominated for 2022 “Transporter of the year” award | Ziegler 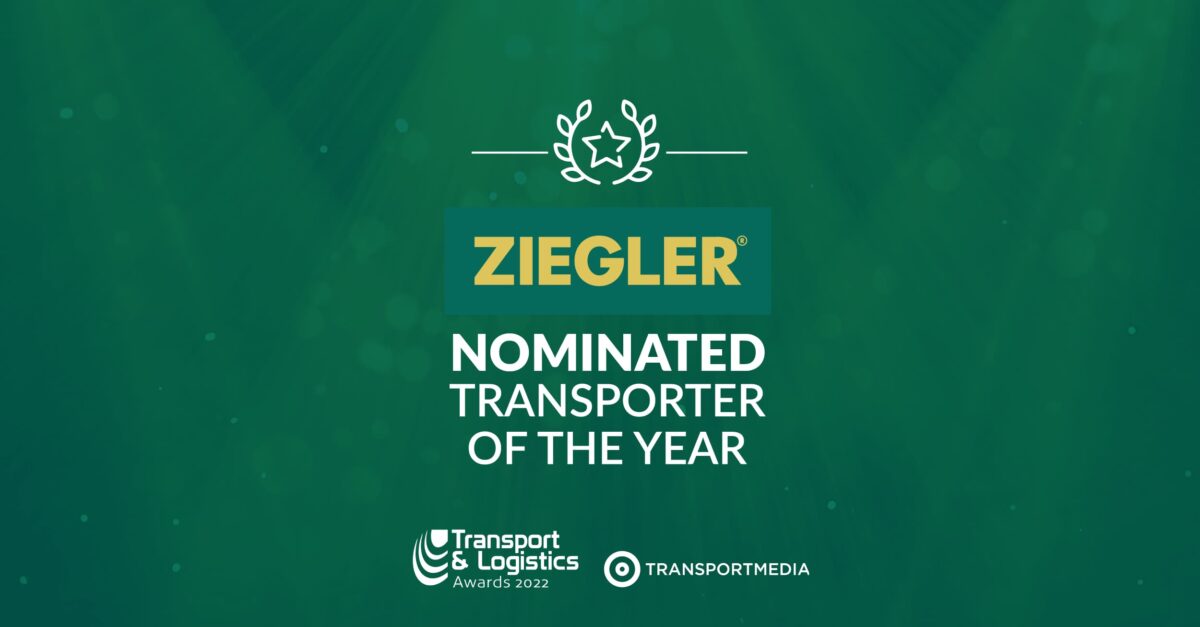 Since 1993, the Transport & Logistics Awards organized annually by TRANSPORTMEDIA reward the “best practices” in the industry, and give opportunity for the nominated companies to highlight their achievements.

After a hybrid edition last year, the Transport & Logistics Awards are making a comeback this April 28, 2022 at the Brussels Expo in their traditional format as the biggest gala evening in the Belgian sector.

The award ceremony will take place in the legendary 2000 auditorium of the Brussels Expo.

We are pleased to announce that Ziegler has been nominated thanks to its programme “Ziegler. Now even Greener” for the coveted “Transporter of the Year” award. We’ll have to wait out the suspense until the winners are announced in each category. We are already happy to be one of the finalists among a prestigious group of candidates. To be nominated by TRANSPORTMEDIA for their most prestigious award is an honour for us and a great source of pride.

There’s no better time than the festive season to express our warmest greetings and our best wishes. The team at Ziegler Group wishes you peace, joy, and prosperity throughout the coming year of 2023.  We would like to express our sincerest appreciation for the trust you have placed in us and wish you the very […]