Ziegler is on track for Low Emission Mobility | Ziegler 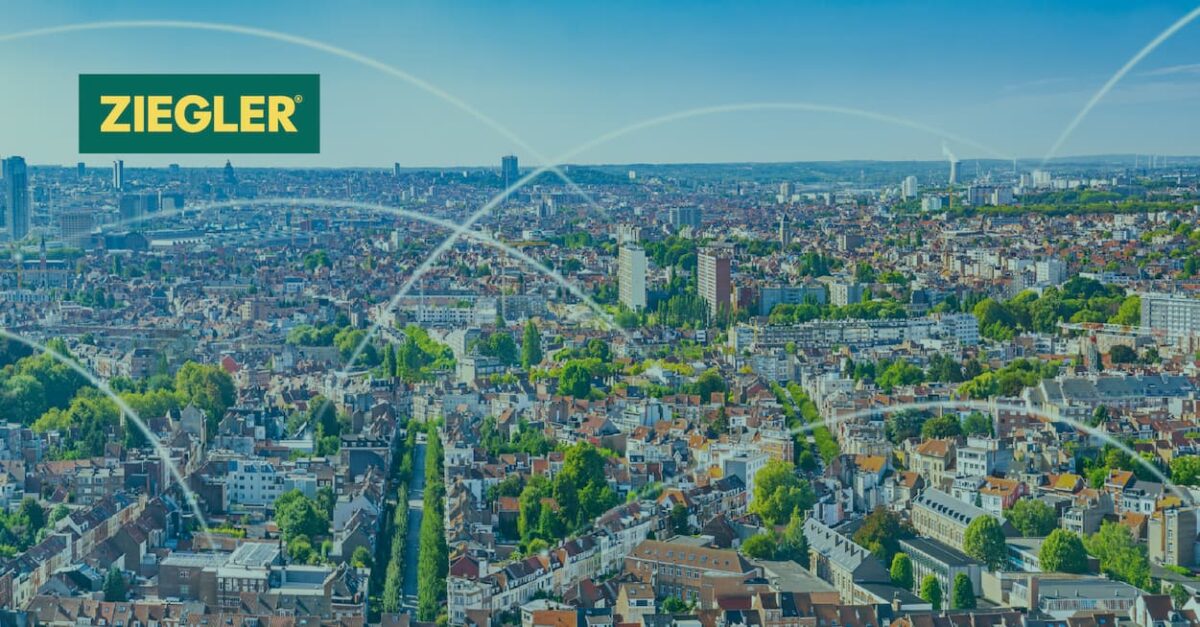 In order to achieve climate neutrality by 2050, the Brussels-Capital Region intends to improve air quality. To achieve this, the Brussels government aims to accelerate the transition to urban mobility solutions that produce less pollution.

With this goal in mind, our commercial director Belgium and Luxembourg, Xavier Vanwynsberghe and Elke Van den Brandt, the Minister of Mobility, Public Works and Road Safety within the Government of the Brussels-Capital Region,  met together, which resulted in a rich and comprehensive exchange regarding our common concerns.

The solutions that Ziegler Group has developed for the decarbonization of mobility are not new. Since  our sector contributes to  a large share of air pollution, we have been working hard for some time to minimize pollution and respect the environment. Many projects have been implemented by Ziegler as part of our “Ziegler, Now Even Greener” programme, one of which being our Cargobike which offers easy access to city centres, allowing goods to be delivered without noise pollution and without carbon emissions, unlike trucks.

Among many other initiatives to reduce our total energy consumption, we are proactively looking at where our energy comes from. Solar panels cover much of our facility at headquarters. The Ziegler Brussels site is covered with 1070 solar panels. This initiative is already helping us reduce our dependence on the local power grid. This is a standard that is being rolled out to all new Ziegler buildings as we continue to grow.

In addition, as communicated earlier this year, Ziegler Belgium has ordered ten autonomous vehicles manufactured by the American company Udelv, a pioneer in autonomous delivery in Silicon Valley, California. The aim is to make deliveries in areas of Brussels where vehicle traffic is restricted. Deliveries made by this autonomous vehicle (called the “Transporter”) will be less intrusive, less impactful on roadways and more ecologically friendly.

Xavier Vanwynsberghe also addressed the driver shortage issue. “So we have to find other ways of distributing and organizing transport. In the short term, we are deploying solutions that approach urban distribution differently. There are technologies that could very well be relevant and work in the future in an urban context,” he added.

During this interview, Mrs. Elke Van den Brandt emphasized how much the quality of life of the inhabitants of Brussels and the choices in terms of mobility were very important factors for the Brussels government.

“The battle for space in a city is very real. We have to ensure that there is a plan in terms of space. In addition to housing, schools and parks, we also need space for logistics in our city. It is important to have a strategy to make this possible. Ensuring this is an essential priority for the government. This is the essence of land use planning in a city like ours,” continued the Minister of Mobility, Public Works and Road Safety.

One of the measures that the Brussels government is ready to take in order to make transport more efficient is to support cargo bikes and other solutions such as micro hubs.

Mrs. Elke Van den Brandt appreciates that Ziegler is daring to take new steps in our sustainability journey. “I think we certainly have a lot to gain from this together in the Brussels context by organizing distribution in a smarter way. On one hand, you offer smarter, more efficient and greener transport options with the least possible impact on the city. On the other hand, hubs must be organized and we must also see how the whole supply chain can be carried out in a better, green and healthy way,” she said.

Referring to Ziegler’s Cargobike, the Minister adds “This allows a good cohabitation between delivery and passers-by in the pedestrian zone. And it’s very good for the city because you minimize air pollution. I have confidence in Ziegler as a company to seize new opportunities and invest in timely innovations, in cargobikes, but also in autonomous vehicle testing.” »

Imagine the thrill of the open road,and the wind in your hair while cruising the roadways of southern France in a classic American muscle car – a true work of automotive art. That dream is exactly what Ziegler’s Special Request department made possible for one of our customers who had a very special request that […]