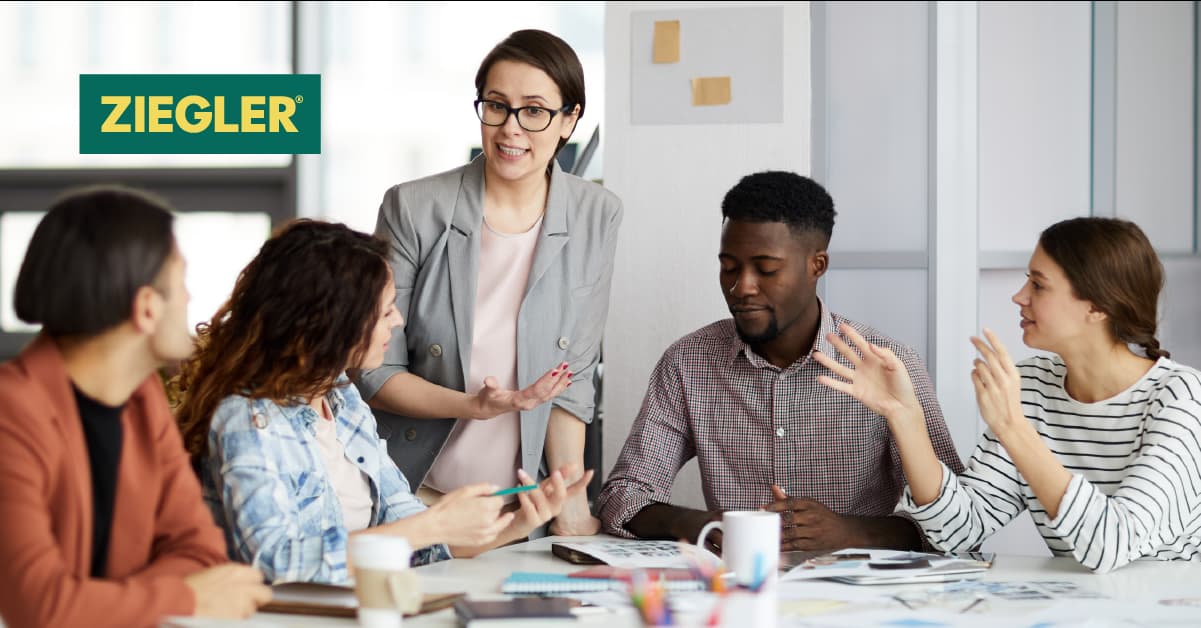 Internships and traineeships in-company make it possible to identify young talents very early on. For Ziegler, it is important to train young people with high potential so that they can grow together and become competent specialists in transport, customs and logistics.

For example, let’s meet one of our interns who has been fascinated with the transport and logistics sector. Age 26, Christian Foketchian is in his last year studying foreign trade in Brussels. He began his internship in the Ziegler Sales department in Brussels in March 2022. When asked why he chose to do his internship at Ziegler, he has a lot to say!

“Before coming to Belgium, my educational journey began in my country of origin, Cameroon, where I first received training in transport and logistics. On social media, I was able to closely follow the progress of the “Ziegler. Now Even Greener” programme, so Ziegler was my first choice for my internship from the outset. My interest in Ziegler comes primarily from the company’s sensitivity to sustainability issues and its initiatives to reduce their carbon footprint. In addition, Ziegler is one of the leaders in transport and logistics. Being part of this family is an excellent opportunity for me to gain experience and grow in this field,” says Christian. To contribute to our ecological approach, he intentionally chose to travel by train from Aalst.

Keeping up with our interns as they learn alongside experts in specialized fields is a great opportunity as they can bring a fresh perspective to the business.

This is why the Ziegler Group is welcoming an increasing number of interns and trainees every year. Our goal is to ensure that these young talents are perfectly at ease within Ziegler thanks to our corporate culture which favors flexibility, continuous learning opportunities and close collaboration between colleagues.

In addition, many new projects are being developed  to improve and perfect training within Ziegler Belgium. We welcome new interns and trainees for Ziegler Belgium and Ziegler Luxembourg, across a range of departments.

Please send your CV and a cover letter to the address below:

As well as for any additional information

There’s no better time than the festive season to express our warmest greetings and our best wishes. The team at Ziegler Group wishes you peace, joy, and prosperity throughout the coming year of 2023.  We would like to express our sincerest appreciation for the trust you have placed in us and wish you the very […]